Released in June 2019, the reboot / remake of Samurai Shodown was able to mark the spirits, with a return to the source in terms of gameplay. But the title of SNK was also noticed by its soundtrack, taking up old themes from the first episodes, remixed for the occasion. Those who know the series know that the music mixes traditional Japanese instruments and modern sounds for an often incredible result. Moreover, for this Samurai Spirit of 2019, the legendary duo HIDExHIDE participated in the development of the music, from the theme of each character to the theme song Revive the Soul. Also, to pay tribute to each of the songs, SNK, Wayô Records and Just For Games have just announced a new double marbled vinyl, that is to say red-blood color to be in harmony with the game. These are transparent 180g red vinyls which will be wrapped in a gatefold containing the illustrations of the game. The release is expected on February 28th and it is already possible to pre-order the object in question on the Just For Games shop. 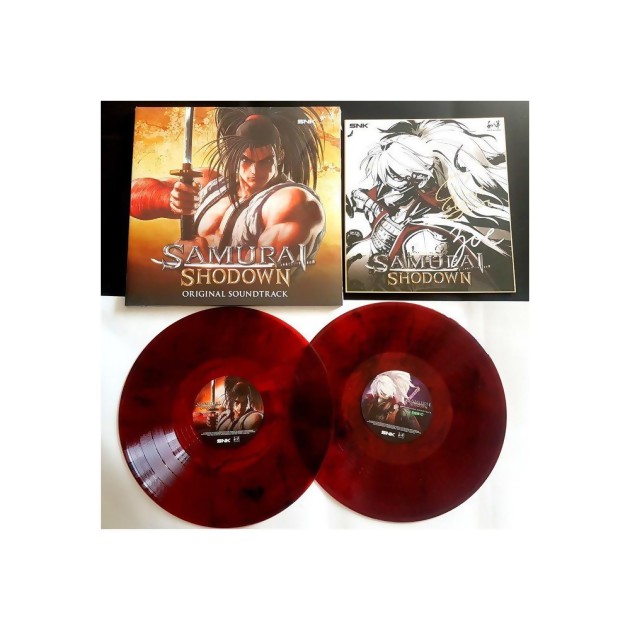 A1. Oneself (Opening)
A2. Way of the Overlord (Haohmaru)
A3. Waltz of Nature (Nakoruru)
A4. The Crow (Yashamaru Kurama)
AT 5. Hazy Moon (Ukyo Tachibana)